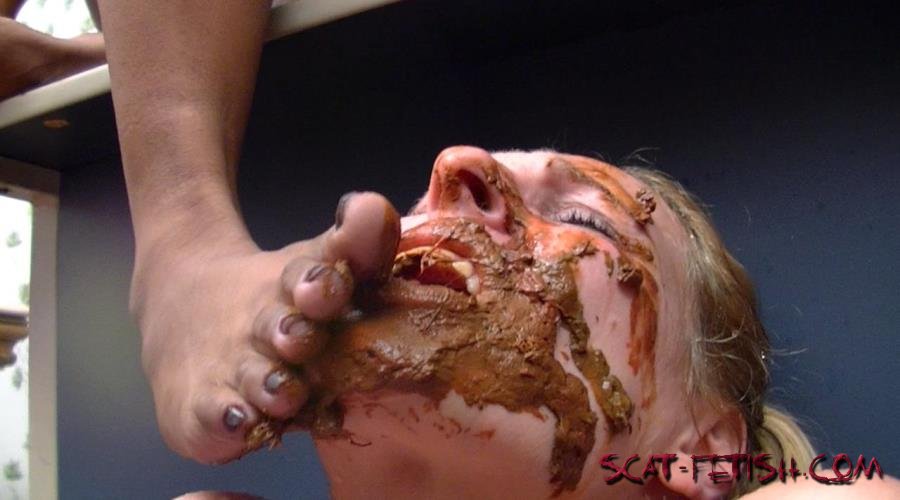 Strong Mistress Bruna Minelli shit and pee in a hard dominated way direct into the wide open mouth of her fucking stupid slave! The slave has to take all into the mouth and fight against the smelling amount of shit until the end. this is scat black and white, love it or hate it! This is a renewed version! Bruna Minelli is very cruel, because she hates her slave. She puts her own shit on the whole face of the slave. She is crying and screaming, but the mistress doesn't mind it. She just wants to see the torture of the pretty, white woman. Her face turns completely brown because of the shit. She must also lick the asshole of Bruna Minelli while the scat comes into her mouth.