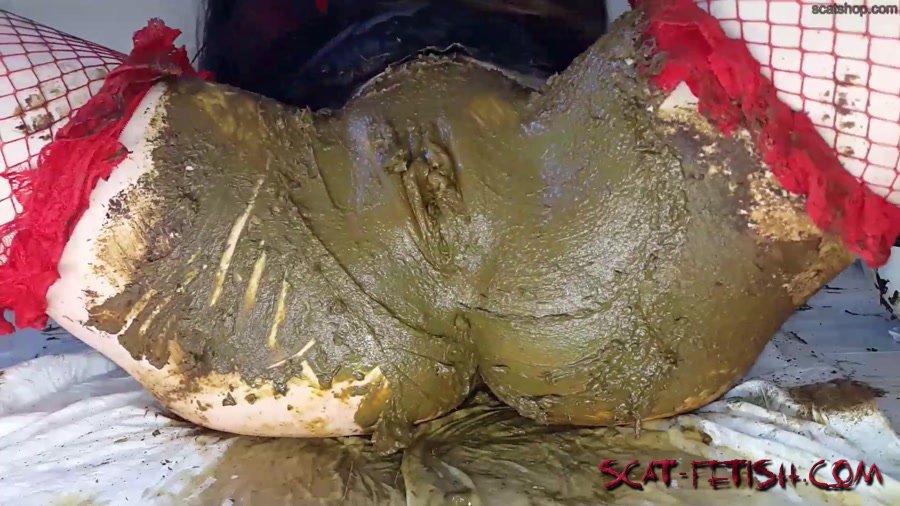 I moved the shit from the plate to the bowl and froze it again. A few days later I took out a bowl and tried to defrost the shit with a hair dryer for a very long time. I could not play that day, so I left the bowl on the street in a secret place for one night. I picked up the bowl in the morning and dried the shit with a hair dryer again (you will not see any of these actions with defrosting, because it is boring). Now shit is suitable for filling my pussy. Let’s play! I take the first handful of shit and start filling my pussy. Ah … I haven’t pooped in 3 days, so I realized that I can not let the shit out of my pussy only so I continue to fill the pussy even more and shit from 2 holes at the same time. Mmm … fresh shit is just great and fills my hole perfectly and it goes out just as well, I do it several times. Finally, I decided to fill the pussy with fresh and defrosted shit at the same time. I get up, take off my bra and blouse, turn my ass to you and squeeze the long and thick shit out of my pussy. WOW! I never thought my pussy could hold so much shit! I smear it on my boobs and belly then I smear all the shit from a bowl all over my body. A layer of shit so thick, it’s just an incredible feeling! 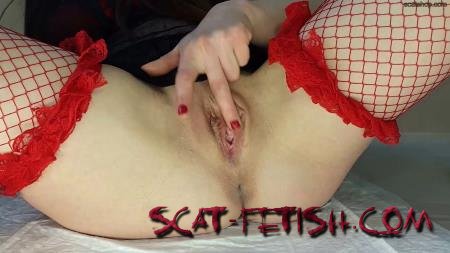 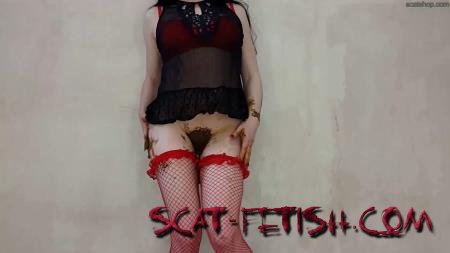 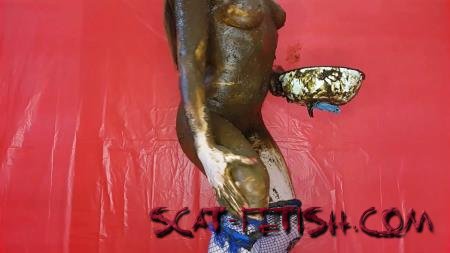 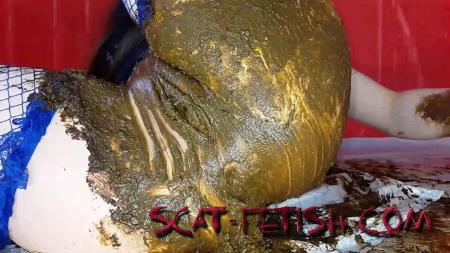 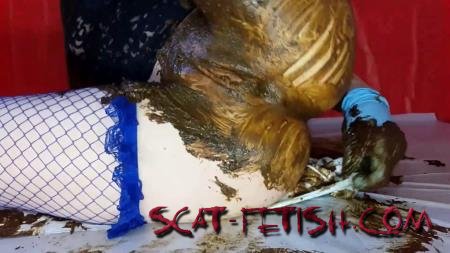 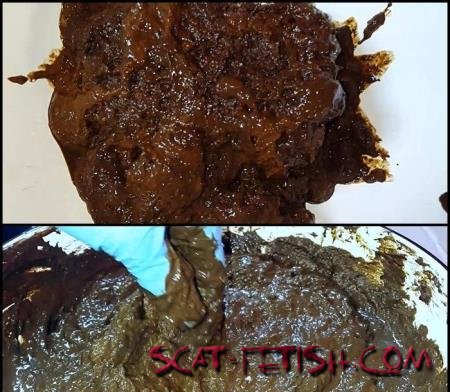